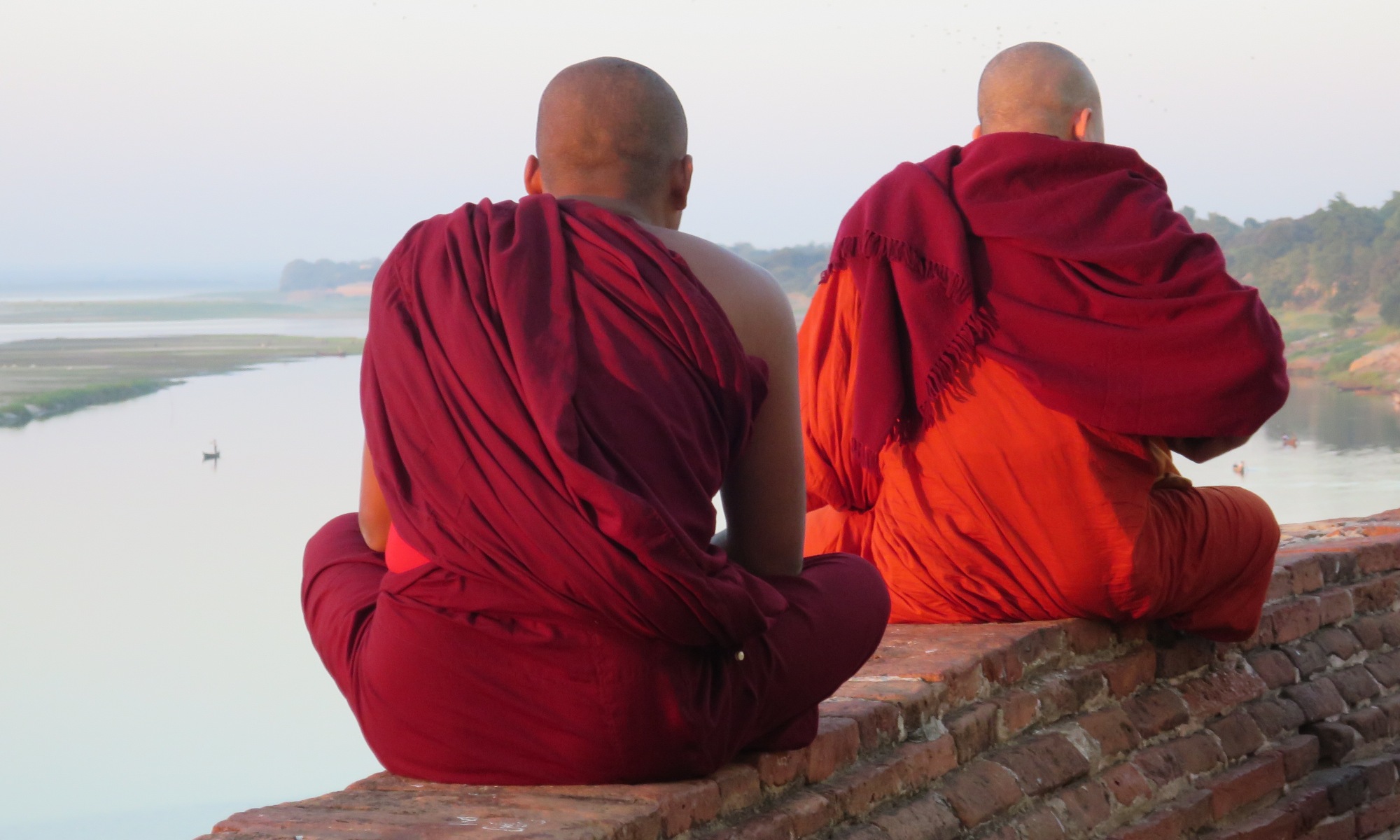 All through last and this year, I honestly and sadly, for the first time was aware of news reports of slave labor in the Myanmar (formerly Burma.) Also sadly, this is nowhere near a new problem in Burma. It’s been in the news for years, decades even. I just missed it, glossed over the headlines. Now I can’t. After having traveled to Burma and Cambodia, when I see headlines like Myanmar Fisherman Goes Home After 22 Years a Slave, it strikes at my heart, it now feels personal and I notice it. I’m affected and I’m glad I am, I’m more awake to life.

When you have never been to a country in person, where a Burmese Woman in the local market smiles grandly and with great warmth as she brushes Thanaka on your white face protecting it from the sun, then simply put, you have a hard time understanding, it’s the very same sun that burns your skin and hers.

After Face of Thanaka

Facing the Light in Burma

Without travel it’s far too easy not to pay attention to the news reports around the world. They don’t resonate, you can not connect with the issues. It’s not personal and even though it’s on the news, it doesn’t FEEL real, it feels like sensationalized entertainment. There is no weight placed on your conscience for the day, this story will likely not be what you talk about at dinner.

I don’t believe this makes me, you, anyone a bad person. It’s normal for many of us, but it is at the very least unfortunate.

Born in Iowa and raised in Ohio, I too grew up as many of my friends did, without a passport. I know this Middle American life, because I lived it, and I see it more clearly, because I left it. It’s an easy, happy life, and happy is good. But so too is challenging yourself, even forcing yourself, to go, do, see and understand new things.

Global news and politics was not openly something spoken about often while I was growing up. Uneven wages, global issues, environmental issues… nope, we spoke more about movies, books, TV shows, football games. All kinds of fun stuff, aimed at entertaining ourselves. Ways to escape from day jobs, desk jobs where we counted the hours. Ways to connect with each other in a mutual suspension of reality.

Likely all the same reasons Trump gets the front page, dominating the headlines. When we’re talking Trump, it’s not politics we’re talking about, it’s Entertainment. He’s selling fluff not substance and we are addicted.

In America, we are still fortunate that this is an option, life full of distractions and entertainment. We have the option of paying attention only to what’s happening in our vast borders, which is, to be fair, a lot. Yet, much of the world does not have this luxury. Borders around the world are physically closer and are not filled with friendly jabs and jokes from their peaceful neighbors to the North.

After living in New York for a decade, I realized the conversations of my life and my involvement in them started to change. Even casual dinners with my four best friends took on topics in Iran and Syria, Bloomberg, the loss of Nelson Mandela, changes in the Catholic church that were long overdue. How gay rights were worth fighting for, for all of us. “Can you believe what just happened in Paris, I just flew home from Charles de Gaulle yesterday?!” The people I met in New York City traveled the world much more frequently than those in the midwest and it was clear to me, they were more connected.

At first, I will fully admit, I was 100% intimidated. My public education did NOT prepare me for these conversations. Neither had my travel which to date had constituted the US, Canada and Mexico. So I was silent and listened… a lot. Then I began to travel as often as I could. Then, I too began to understand not just the news, but what everyone around me was talking about.

What I found, what I know now, it is not a college education that opens you to the world, it’s travel. In New York, I learned my lack of global travel had left me disconnected from the rest of the world. Thankfully, a fault I own for myself is one I can and have been fixing.

My theory: there is a big difference between a trip and a vacation.

A trip, you likely learn more than you relax. You have moments where what you see defies what you know and if you’re open, it changes you and makes you more robust as a person. Seeing life in all it’s many shades of uniqueness enhances your ability to appreciate and respect different ways to live in the world.

A vacation, sure a week on a Carnival Cruise or at Disney is easy, fun, maybe even relaxing. Yet, I would be willing to bet, nothing from that trip is going to enhance you as a person. I’m also not saying skip the mouse ears entirely. I am saying listening to the chants of Monks echoing through the shores of Lake Inle is a much more impactful and lasting use of ears.

I urge you to balance the two, trips and vacations throughout your life. Pick a place that is as different from the one you know as possible. Allow your very precious vacation time and budget to enhance your connection to the world around you instead of distracting and disconnecting you. Give yourself the gift of growing curiosity.

In Burma, I road in the back of a van, weaving on a small dirt road between local families on mopeds, dirt pot holes, cliff edges and oncoming trucks in the same lane, weighed down with what looked like half the town. Typically a bad passenger, of which my Husband vocally attests, a strange calm came over me that day as we made our way down to Inle Lake.

I looked at the moped we just whizzed by with 5 family members on it, all without helmets, all with smiles. I realized I could sit in that van and be worried, worried about hitting that family on the moped, worried about not having a seatbelt, worried that there seemed to be absolutely ZERO rules of the road. Or I could just let go. Sway back and forth with the rhythms of the van speeding over dirt roads. I could give in and realize things were just different here. I could relax and trust the local driver and the idea that Burmese people all seemed to look out for each other.

Throughout Burma and Cambodia, the government has not invested much in their people’s safety on the roads. Yet, there is no road rage. You respect the other guys right to swear around pot holes on a dirt road, donkeys get the right of way. You can sit in city traffic bumper to bumper and not a single person is going to blow his horn, swear or flip each other off. Families don’t wear helmets because the other guy is going to be looking out for them. Not a single monk worries he’s not welcome on that tailgate, there is always room.

The energy of the land is one of patience and kindness… even in heavy traffic.