For over 100 years, two lighthouses have stood watch over the most hazardous waterway in the United States. Thousands of ships met their watery fate on the Columbia River Bar. Thusly named, Cape Disappointment lures visitors by deadly reputation alone.

The last thing, one expects to find visiting the “Graveyard of the Pacific” is a relaxing beach walk. Let alone a romantic hidden beach. Yet that is exactly what a day trip from Portland to Cape Disappointment delivers.

One of the coolest things about living in Portland, is the endless array of nature driven day trips. All with the promise of finding local craft beer along the way.

Heading west out of Portland on US-26, leaves exactly two hours and twenty-two minutes for Goonies jokes before reaching the Long Beach Peninsula in Washington.

Cresting 4.1-mile long Astoria-Megler Bridge, you know you are in for a treat as the expansive Columbia River view opens up. First stop, is to head directly for Cape Disappointment Lighthouse where our day trip itinerary begins.

Although the hike to North Head Lighthouse is the most popular stop, renovations have the lighthouse closed till “sometime in 2017.” Saving disappointment jokes, the Cape Disappointment Lighthouse Hike offers a more rugged, winding and narrow trek.

The first thing to know about this Portland day trip is, like most hikes in Washington, you’ll need a Discover Pass. $10 for the day or $30 for the year. Passes can be purchased on site via credit card.

The next thing is, the Cape Disappointment Lighthouse hike is uphill. It’s not extreme by any means, but for those slightly out of shape, it gets the heart pumping. The good news is, there is a hidden gem half way up. No one will know it’s the elevation that has you out of breath when this comes into view.

This hidden gem lies half way through the Cape Disappointment hike. Off to the right tucked into the treeline just before the Coast Guard Base. A snug little beach cove lies a short drop below the path. You’ll hear it before you see it and it’s definitely a must see stop.

The drop down takes a little maneuvering but just hearing the waves crashing on the beach makes the hike back up, worth it.

After letting the noise of city life wash away, a brief albeit steep climb gets you back on track. Cape Disappointment Lighthouse dead ends the mile and a half hike leaving you right where the Columbia River Bar flows into the Pacific.

Cape Disappointment Lighthouse is both working Coast Guard station and… slightly creepy haunted looking. Built in 1856, one can’t help but wonder what it was like for John Boyle (the lighthouse’s first keeper) to hunker down against the nightly winds in these rooms.

The tower itself stands 220 feet above the sea. The view from Cape Disappointment Lighthouse tower must be an absolute panoramic jaw dropper.

From the base of the lighthouse still offers visitors a spectacular view. On a clear day, Fort Stevens State Park can be seen across the Columbia River Bar. As can humpbacks and gray whales who frequently visit the Washington Coast themselves.

The hike back down is a rewarding reminder that all uphills have a downhill. Do watch your step in the rainy season as the trail, like all parts of the Pacific Northwest, can at times be covered in moss.

Check Tweets from Washington State Parks to see the latest conditions before taking off for the day.

Now, to make this a complete Portland day trip itinerary, it’s time for an IPA and a little seafood shack lovers lunch.

An eight-minute backtrack on WA-100 north nets dockside dining at The Port of Ilwaco.

Unpretentious, solid seafood with a beer and a view. Perfect.

Next up, a long walk to work off that lunch. 11 minutes away on WA-103 north is Long Beach.

From galleries to festivals, there is always something happening in Long Beach.

If you have ever dreamed of driving beside the waves, this is your place. Hard pack sand on what claims to be the world’s longest driveable beach, allows for at least a 13-mile beach drive, more depending on the season.

If you do opt for a beach drive, check out this video for tips on how to drive on the beach. Fair warning, apparently towing is big business in Long Beach.

For long stroll by the water lovers, Long Beach offers a unique experience.

Starting in Ilwaco an 8.5 mile long Discovery Trail offers a route through Cape Disappointment State Park and along the beach. Local art lines the beach portion of the trail that offers fun for families and jokes for goofy adults like myself.

After the beach and before heading home, wrap up the day trip with craft beer and burrito pairing at Fort George Brewery. 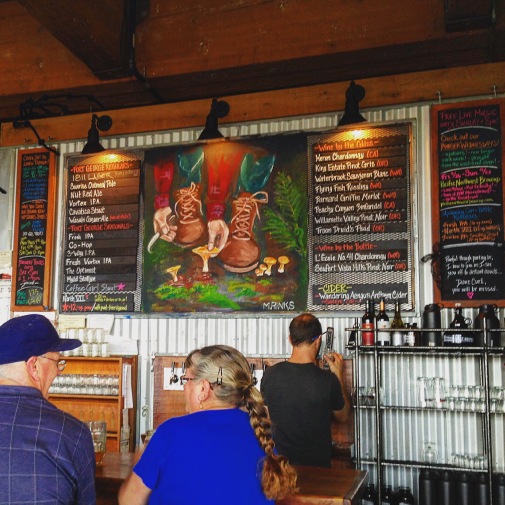 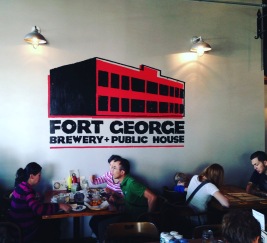 At the end of the day, a day trip from Portland to Cape Disappointment is anything but, well, a disappointment. You knew that was coming!

Yes, it’s a few hours drive, but the hike to Cape Disappointment Lighthouse offers peek-a-boo views, a hidden gem of a beach and culminates in a panoramic view of the of Pacific. That’s just the morning! Seafood lunch followed by a visit to the world’s longest driveable beach offers a day you won’t soon forgot. Goonie will simply not be able to pass up stopping in Astoria or the Fort George Brewery on the way back to Portland.

Help! I Need My Foglio Rosa is the name of an actual Facebook Group because... getting an Italian Driver’s license is THAT hard for American & Canadian expats. ⁠⁠
What's living in the Italian Alps like? Like living in a National Park! #WeLiveHereNow ⁠⁠
#ItalyPicoftheDay in Lucca, Italy. See where to find this tower and get the story behind the #RooftopGarden (Link in Bio).⁠⁠