Each year Sottimano Wines in Piedmont, Italy releases 85,000 bottles. 20,000 Dolcetto, 12,000 Barbera d’Alba, 20,000 Langhe Nebbiolo, 25,000 Barbaresco and 6,500 of the more elusive Brachetto Matè. While Sottimano has many award-winning wines, it’s their Barbaresco that is making waves in the wine world. In the video below Andrea Sottimano (son of Rino Sottimano the wineries founder) explains what makes their wines so special from between the vines of the vineyard.

Editor Note: Post update including video from the Sottimano Winery of the Barbaresco Cottà 2017.

“I have always believed a lot in working in the vineyard to be able to give life to great wines. And that is why, from the beginning, I have always tried to avoid chemicals and herbicides in order not to alter the natural balance of our hills “

Rino Sottimano purchased what was to become the Sottimano winery in the ’60s. Many of the most important vines at the Sottimano winery are between 40 and 70 years old. A unique combination of limestone and clay soil ad complexity, richness, and power to the Sottimano family of wines. I believe Rino Sottimano’s commitment to producing wines without chemical interference is one of the reasons their Barbaresco is known for its elegant power.

“About 2000 cases of supple, beautifully expressive Barbaresco are produced at this family estate in Neive, managed by Rino Sottimano and his children Andrea and Elena. While these are modern examples of Barbaresco, only a small percentage of the oak is new, so wood notes are well integrated. Highlights include cru bottlings from Currà, Cottà, Pajorè and Basarin, along with a riserva, a blend of fruit from Cottà and Pajorè from vines ranging from 45 to 75 years of age. Each Barbaresco here is made with great skill, and is very appealing in its youth.”

While I lack the training or credentials of Tom Hyland, I can say Sottimano blew my mind during our tasting. Learning about wine at the source, from the people who make it is the best way to commit wine to sense memory. It wasn’t until I started taking winery tours that I was able to understand the difference between a Barbaresco and a Barolo, both of which are made from the Nebbiolo grape.

We first toured Sottimano the same month it was named one of the top 25 Producers of Barbaresco in Forbes. To me, wine cellars are among the most peaceful places on earth. Right up there with recording booths and private swimming pools. While these sound like disparate places, they all have one thing in common. Sensory deprivation.

Wine cellars are notoriously dark and often hunkered underground far enough to deaden sound. With all other senses fading, smell and taste get heightened creating deeper sense memories. Now when I sink my nose in a glass of Sottimano Barbaresco, I’m transported right back to their cellar. This is where wine grows up. During barrel aging, raw fermented juices get shaped into what they will ultimately become when bottled.

Stepping into the Sottimano wine cellar you feel the air grow cool and calm. The slow growth of the cellar mold the true keeper of the wine is the only evidence of time passing.

What about you? What hobbies are you excited to get back to exploring as the world opens for tourism again? For Paolo’s part, I know it’s getting back out into the world with his camera. Wine cellars are notoriously difficult to photograph. Thankfully Paolo captured these images during our cellar tour and wine tasting.

Join us for a little la dolce vita. 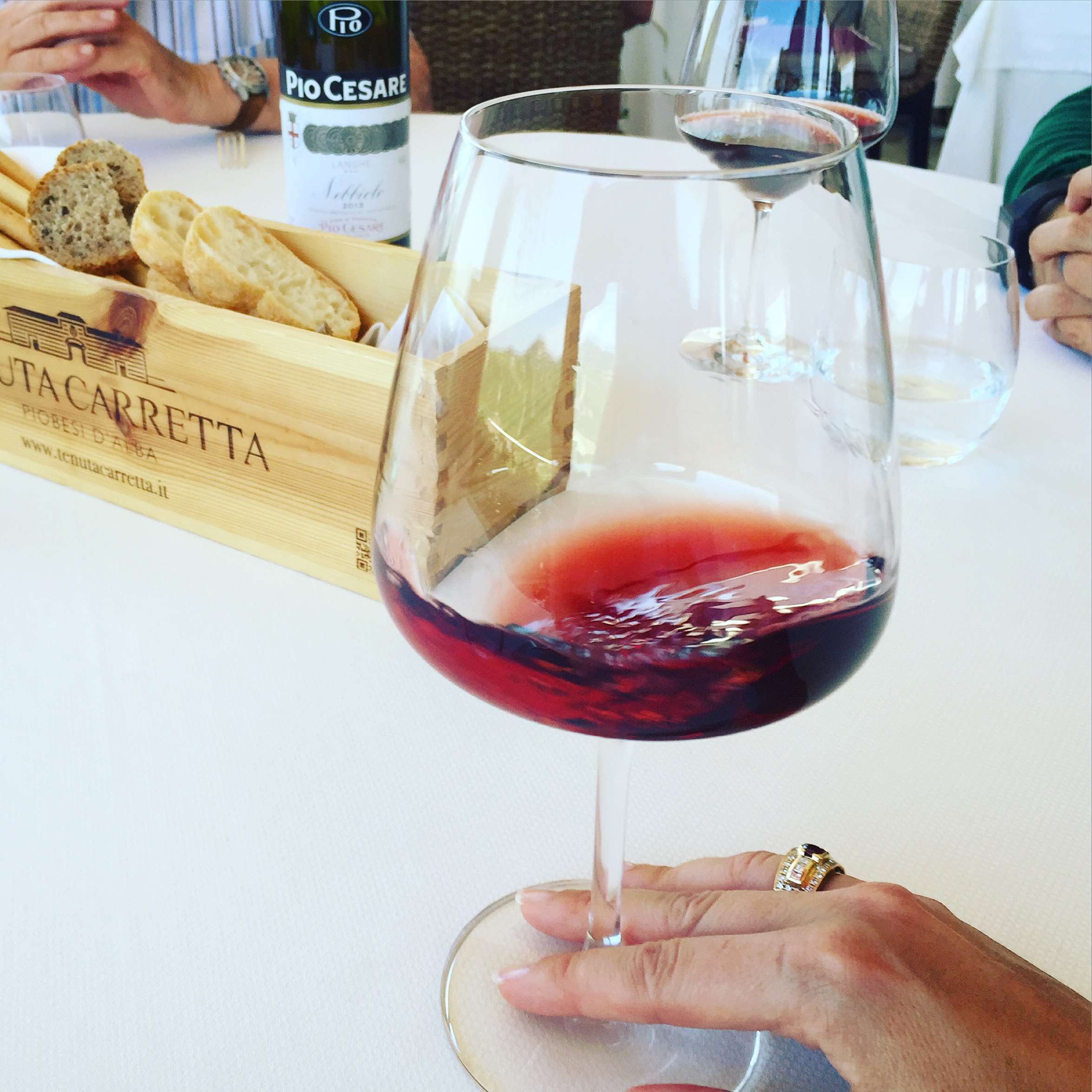