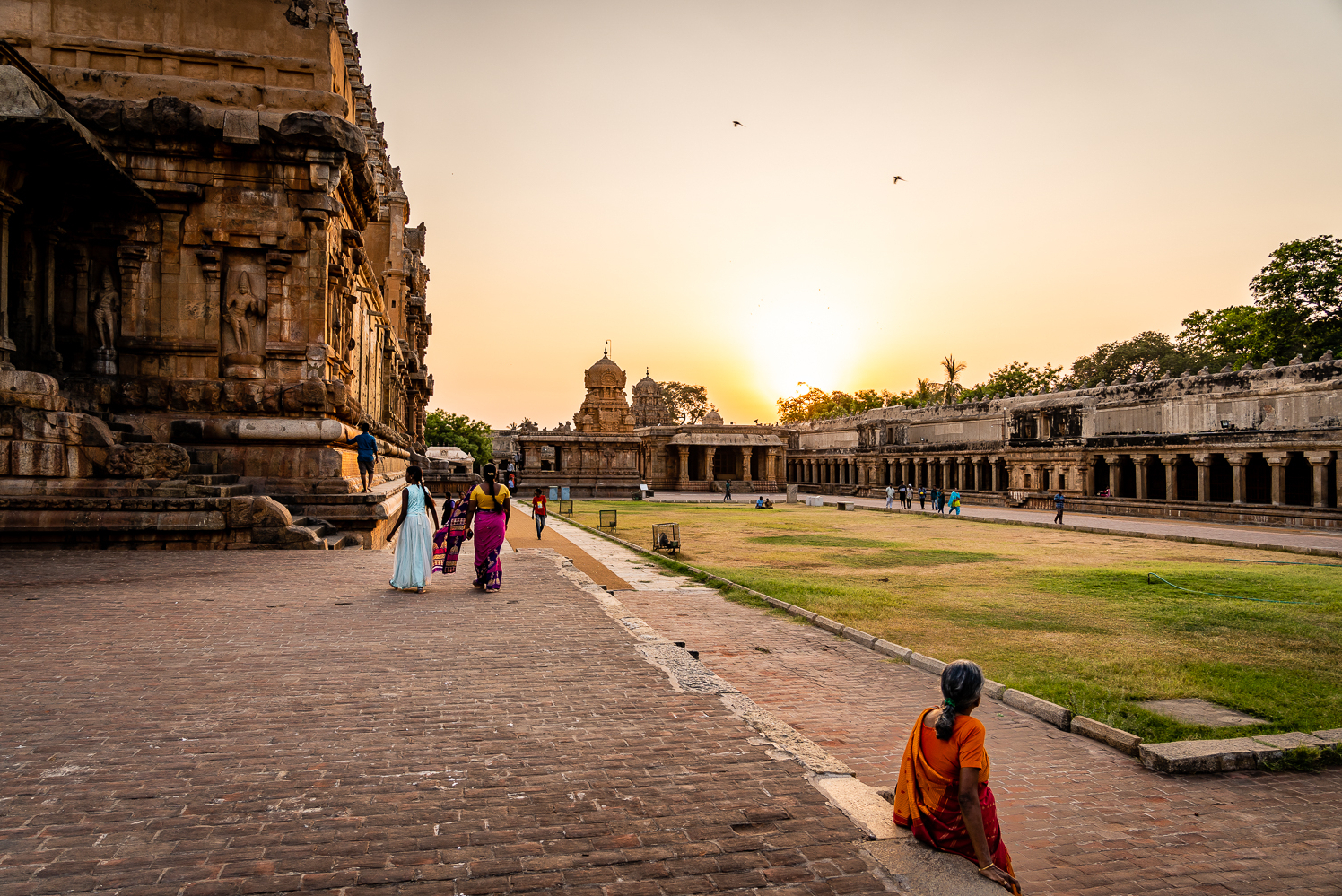 Knowing what to expect while traveling through Southern India for the first time is helpful since it's intense travel. These are the most memorable moments and photos we have from our time in Southern India.

India is intense travel. A first trip is just that. A trip, not a vacation. India is crowded and noisy. Mopeds, people and horns are constantly buzzing at all hours. The summer is blisteringly hot and suffocatingly humid. So much so that many tour companies only travel to Southern India in winter.

It was already so hot early April 2019 that a waterfall of sweat constantly rolled down my back. Between hotel buffet food our first night in Chennai and the heat, I was popping Imodium AD like Tic Tacs. Still, every time someone asks “Do you like India?” my reply of “Yes. I love India.” is genuine.

The stories below are recollections of the most impactful moments we had while traveling through Southern India, Spring of 2019.

What to Expect While Traveling Southern India

Is Auroville City of Dawn Utopia?

My First Night Puja in India

3 Questions Everyone Asks in India

My First Night Puja in India

I was very nervous heading to my first Puja in Southern India because I had no idea what a Puja was! I’d come to learn later we had been welcomed to join was a night Puja at one of the largest Shiva temples in Southern India. Here’s a glimpse at the surprises in store for me that night at Brihadisvara Temple in Tamil Nadu, India.

Srirangam (aka Thiruvarangam) is a river island neighborhood in the city of Tiruachirappalli, Tamil Nadu, India. On one side a stream, on the other Kaveri River. On the banks of Kaveri river sits Amma Mandapam Ritual Center and Bathing Ghats. One of my absolute favorite stops in Southern India and a must when visiting Ranganathaswamy Temple.

Kerala is a different side of India. Fertile soil rich in minerals supports lush, bountiful crops. Pepper, coconut, tea, coffee, spices, and oddly natural rubber are important national outputs for all of India, not just Kerala. This video is full of things I love like fruit, and spices that I’ve long taken for granted until our tour in Kerala, India.

Alleppey along with Srinagar and Udaipur are the three cities collectively know as ‘Venice of the East’. A series of lakes and rivers connect to make up waterways that indeed are reminiscent of Venice. Only a bit more exotic. Houseboats cruises along the rural backwaters through a network of calm water canals and lagoons. Which brings us to yet another reason Kerala lives up to the reputation of the paradise of India. Kerala Backwaters are a vibrant example of life and culture in Southern India. They also just so happen to be resplendent at sunset as golden hues reflect off glimmering waters.

Visiting the small hilltop town of Munnar in Kerala, India gave us the chance to learn more about something we love. Tea! Until our tour at a tea plantation in Munnar, I had no idea white, green and black tea all come from the same plant. Or that Jasmin tea, is made from the flower of the very same plant.

At 79, Papà tackled 763 steps to see Lord Gommateshwara aka Bahubali the world’s largest free-standing single stone monolithic statue in Karnataka, India. His determination is an inspiration.

A Walk in Colorful Puducherry

With 57 temples, Puducherry is rich with tourist destinations to explore. A former French colony, the architecture and cleanliness of Puducherry’s French Quarter make for an enjoyable stroll. The Mahatma Gandhi Statue (Father of the Nation) is the perfect destination to end the day in Puducherry before following the evening ocean breeze along the Puducherry Promenade and Puducherry Beach. Both a highlight of our final day in Puducherry. Passing all the brightly colored Sarees during our walk inspired Paolo’s Photography and this slideshow!

All videos and photography is property of photographer Paolo Ferraris and exclusively for ALOR.blog. No reuse with out express written permission. Request prior to use from Paolo@ALORconsulting.com.